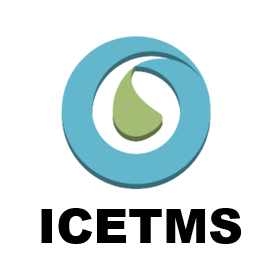 Ghamgeen I. Rashed was born in Sulaimani-Iraq, on Sept. 16, 1974. He received his B.Sc. in Electrical Engineering in Salahaadin University-Iraq at 1995, his M.Sc. in Sulaimani University-Iraq in 2003, and his Ph.D. degree in power system and its automation, from Huazhong University of Science and Technology (HUST), China in 2008. Now he is assistant professor at Wuhan university, school of electrical engineering, and Automation, Wuhan University, china. His special research of interest in AI and its application to the power system, FACTS devices specially TCSC and its control.

Rashed already published more than 40 SCI and EI papers, he already take part in more than 25 international conference and invited as keynote speakers and paper presenters. 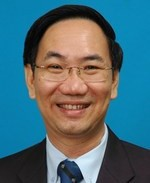 Dr. Chuah Hean Teik graduated with a BEng (First Class Honours), MEngSc and PhD in electrical engineering, all from University of Malaya, Malaysia. He was President of Universiti Tunku Abdul Rahman (UTAR) in Malaysia from 2008-2019, where he is now an Emeritus Professor and a member of UTAR Council. He is a member of the Board of Trustees of TARUC Education Foundation. He is also a Consultant Professor to Northwestern Polytechnical University, Xian, China.

His research interests include microwave remote sensing and applied electromagnetics. He has authored/co-authored more than 280 papers in international journals and conferences. Dr. Chuah has received many awards locally and internationally. Among them include the inaugural Young Engineer Award by the Institution of Engineers, Malaysia in 1991; 1990 Young Scientist Award at the 23rd General Assembly of the International Union of Radio Science (URSI) at Prague, Czechoslovakia;  1993 Young Scientist Award at the 24th General Assembly of URSI at Kyoto, Japan; 1995 Young Scientist Award (Industrial Sector) by the Malaysian Ministry of Science, Technology and the Environment; 1999 Malaysian Toray Science Foundation Science and Technology Award for his contributions in the area of microwave remote sensing; 2017 Outstanding Engineering Achievement Award by the ASEAN Federation of Engineering Organisations; the IEM Engineering Hall of Fame in 2019 for his outstanding professional achievements, 2019 FEIAP Engineer of the Year, and 2019 WFEO Medal of Excellence in Engineering Education.

In recognition of his valuable services and contributions, he was conferred an Order of Chivalry, Darjah Setia Pangkuan Negeri, which carries the title “Dato”, by the Governor of Penang in July 2005, and conferred the Panglima Setia Mahkota Award, which carries the title “Tan Sri”, by the King of Malaysia, the Yang DiPertuan Agung, in September 2019. 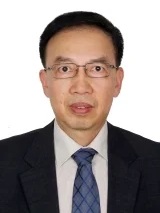 Zhe Chen (Fellow, IEEE) received the B.Eng. and M.Sc. degrees from the Northeast China Institute of Electric Power Engineering, Jilin, China, and the Ph.D. degree from the University of Durham, Durham, U.K.,He is a Full Professor with the Department of Energy Technology, Aalborg University, Denmark. He is the Leader of the Wind Power System Research Program, Department of Energy Technology, Aalborg University and the Danish Principle Investigator for Wind Energy of Sino-Danish Centre for Education and Research. He has led many research projects and has more than 400 publications in his technical field. His research areas include power systems, power electronics and electric machines; and his main current research interests are wind energy and modern power systems., Prof. Chen is an Editor of the IEEE Transactions on Power Systems, and an Associate Editor of the IEEE Transactions on Power Electronics. He is a Chartered Engineer in the U.K. He is a fellow of the Institution of Engineering and Technology, London, U.K.

Steivan Defilla, Swiss national, visiting Professor of school of architecture, Tianjin University; President Assistant of APEC Sustainable Energy Center from 2018. His recent report on the topic “APEC Sustainable Urban Development Annual Report - From Models to Results” is being released as APEC publication and made available to international and regional organizations.

He is the former (2010 - 2016) Director of the Energy Charter, an intergovernmental energy organization with 50 Member states headquartered in Brussels. He managed the expansion of the Energy Charter to include 30 new observer states, among them China, who all signed the International Energy Charter declaration in May 2015 in an ad hoc Ministerial conference in The Hague, The Netherlands. He also supervised or co-authored 26 studies and analyses and 2 books on energy-related subjects.

As Senior Energy Advisor to the Swiss Economics Minister (1999 - 2010) he contributed to the reform of the Swiss electricity sector, the Swiss infrastructure strategy and the Swiss foreign energy policy. He wrote a book prefaced by the Swiss Energy Minister and co-authored 13 articles in English, German, French and Russian languages. He also attended Governing Board meetings of the IEA and chaired the multilateral negotiations at the Energy Charter.

Steivan holds a Master degree in Statistics and a Bachelor degree in Economics from the University of Neuchâtel, Switzerland. He also holds a Postgraduate degree on Energy from the Federal Polytechnic Institute Lausanne. Steivan is winner of a United World Colleges scholarship and is fluent in eight languages.